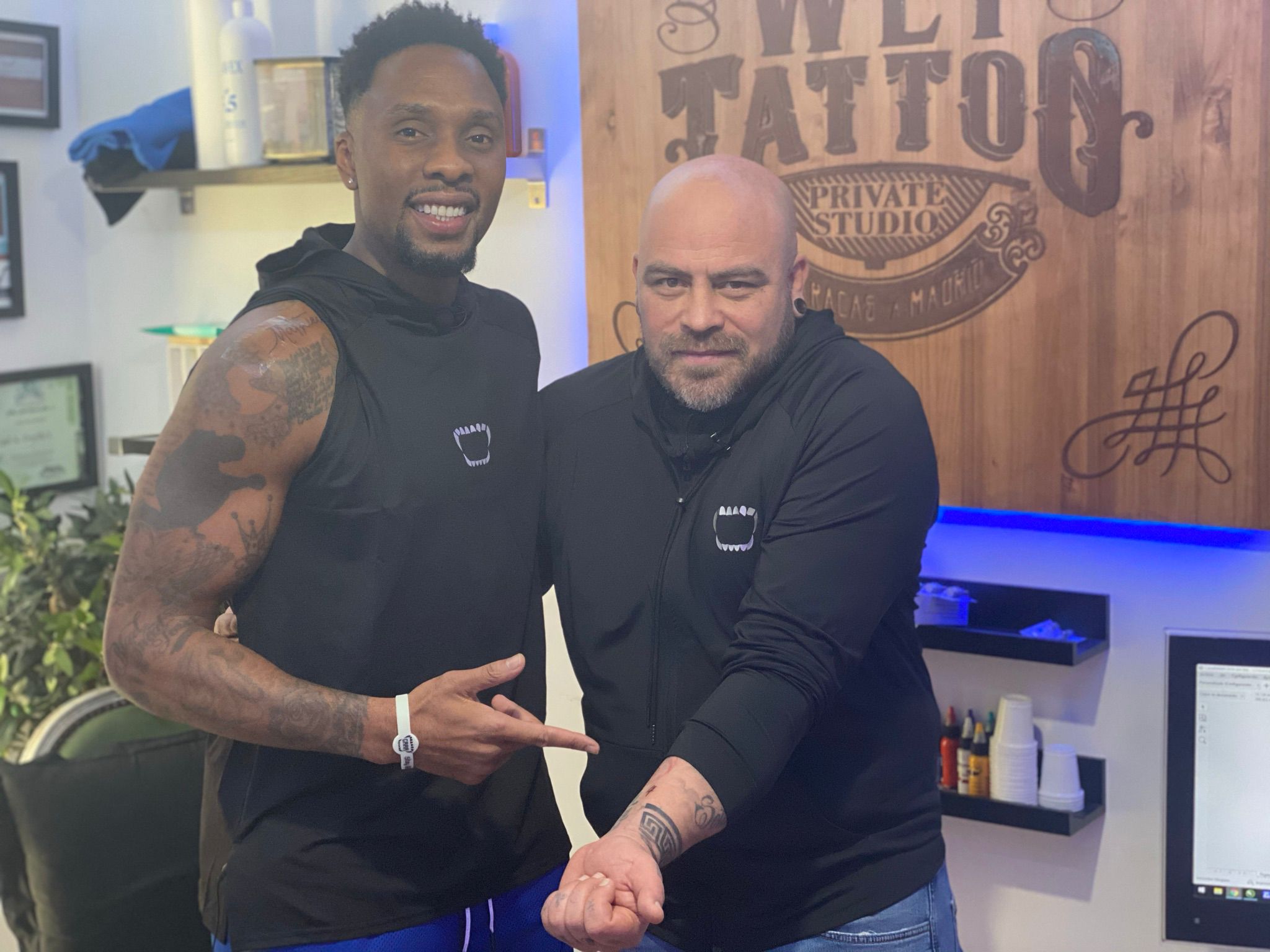 Several athletes tattoo their tattooists, but we doubt that any have a personal history as strong as Raúl Trujillo's. Better known as Wey Tattoo, this Venezuelan resident of Madrid initially came to Europe in search of a new beginning after an attack that left him in the morgue for 4 hours.

E.J. Rowland continues his round of interviews to exchange expertise with people from very different professions and disciplines. As part of the second season of the motivational campaign carried out by the urban clothing brand GRRR, E.J. brings us closer to the personal story of his tattoo artist in Madrid while also making his first steps into the world of the ink by tattooing a significant number of his basketball history on Wey.

Rául Trujillo, 47, landed in Europe in 2016 after a life-changing experience. While residing in Mexico, he lost his pregnant wife and close family and friends when a gang threw two fragmentary grenades at the crowd, killing a total of eight people. After he was presumed dead and sent to the morgue, Raúl spent a whole year in intensive care. He nearly lost a leg and was immobilized in one arm with which he later learned to use in his new profession as a tattoo artist.